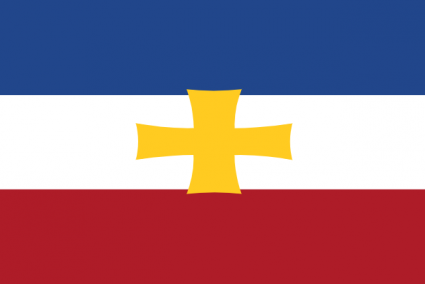 The Federal Republic of Clarkstan is a gargantuan, efficient nation, ruled by President Luka Gavric with a fair hand, and notable for its free-roaming dinosaurs, devotion to social welfare, and stringent health and safety legislation. The hard-nosed, democratic, humorless, devout population of 16.169 billion Clarkstanians love a good election, and the government gives them plenty of them. Universities tend to be full of students debating the merits of various civil and political rights, while businesses are tightly regulated and the wealthy viewed with suspicion.

The large, corrupt, socially-minded, outspoken government juggles the competing demands of Defense, Industry, and Education. It meets to discuss matters of state in the capital city of Layton. The income tax rate is 100%.

The frighteningly efficient Clarkstanian economy, worth a remarkable 7,755 trillion Clarkstan marks a year, is fairly diversified and mostly comprised of black market activity, especially in Information Technology, Arms Manufacturing, Book Publishing, and Uranium Mining. State-owned companies are reasonably common. Average income is an amazing 479,628 Clarkstan marks, and distributed extremely evenly, with practically no difference between the richest and poorest citizens.

Drones are unable to lift the weight of their accompanying paperwork, many are questioning President Luka Gavric wearing an Eckie-Ecola baseball cap during a keynote speech, child shoplifters spend half their youth behind bars, and people accuse the government of being in bed with Big Safety. Crime, especially youth-related, is totally unknown, thanks to a capable police force and progressive social policies in education and welfare. Clarkstan's national animal is the Lion, which teeters on the brink of extinction due to widespread deforestation, and its national religion is Christianity.

Clarkstan is ranked 15,189th in the world and 13th in The Free Nations Region for Most Income Equality, scoring 84.76 on the Marx-Engels Emancipation Scale.