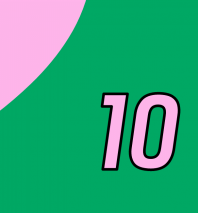 The Queendom of
Clarissa the Happy and Cheerful Robot
Democratic Socialists

The Beginning - Introduction
Clarissa is a state-of-the-art robot, having a large number of bells and whistles, ranging from large storage systems and memory banks, to advanced optics and sensors that can virtually detect any part of the EM Spectrum, to the sound systems that provides and receives sounds around her with utmost clarity. She initially started off as a 7 feet tall robot, as a kids mascot of some sort before she was allowed her own freedom in her own world. An unfortunate set of circumstances happened when she decided to volunteer for Singapores Armed Forces just for the fun of it; when she woke up one day in her bunk, she found out that everyone has disappeared, and there were also some indescribable objects and creatures that inhabited her dimension. With no other choice, she has to make her escape though one of the many wormholes that opened up at that time.

Landing on Valentine Zs dimension and after nearly strangling Valentijn to death before calming down, she told the fascinated Valentians about her origin and backstory, and from there, she quickly gained the trust of the Valentians and eventually married Valentijn, the head of Valentine Z. She also grew bigger with each upgrade, from 8 feet to 26 feet tall when she first came into the dimension, and now a 153 feet girl full of cheerfulness and happiness.

That much was about the Clarissa we know, and more about her can be found in the official Valentian database, which details more about her life, as well as on what she is as a whole, and the technology that is present inside her. It can be found right

here. For this entry, this is a story about her home. Ever since she has arrived from another dimension, and being friendly and well-meaning with everyone around her, Clarissa is truly a happy robot that wants nothing but others to feel the same way as her. That has been established many times along the way. However, being teleported to another dimension has its strains, particularly the fact that she misses her home. After their marriage, Valentijn, with the help of his friends, decided to build a house for themselves, but especially for Clarissa herself.

Located on a piece of reclaimed land (approximately 20 km by 20 km in land size (400 km2)), a few kilometres off Hawaii, it is isolated from the rest of the world, and it is connected with a bidirectional teleporter between itself and Valentijns home/White House back in Yangon. The house, designated as Clarissas Lovely Home, was a result of Valentijn and his friends doing it secretly as a part-time project, taking a few days as a result of Gwen slowing or stopping down time for the rest of the world while the crew moves along normally, unrestricted by Gwens time manipulation.

A Big Surprise for a Big Girl
The house, along with the ~ 98840 acres of vegetation, gardens, waterfalls, and other nature scenery, was complete. It might look a little artificial at first, but it sure looks and acts like the actual thing, complete with their own ecosystems. For the first time, Valentijn asked Clarissa to don a blindfold, as well as shutting off her optical sensors, to give her a surprise. The two, along with the rest of The Sixty Valentians, walked their way into the teleporter and after everyone has arrived, it was time.

Okay, dear! Im going to remove the blindfold, Valentijn announced to Clarissa, while speaking it out to the others around them, You can turn on your optical sensor now!

Clarissa nodded and opened back her sensors and eyes, being greeted to probably the best gift that she has ever received so far. A two-storey cottage home that stands proud at hundreds of metres in order to accommodate her fully. Externally painted in pastel pink and blue, the home also features a flower garden with many variations and species of flowers, as well as butterflies, squirrels, birds, and any other animals that are invited over to make this island their permanent home. There were also field of plain grass, perfect for skygazing at night, as well as simply to wander around and to take deep breaths (at least for the humans). The house was retrofitted with solar panels, working at more than 80% efficiency to capture the suns majestic rays and warmth, as well as an antimatter generator that is slated to run for up to 8 years of continuous usage; it was even more efficient and plentiful for a single household, though it was still rather dangerous. The plants in front of her home wasnt exactly plants, and more of trees.

It felt like something out of a dream, but at the same time, it is in fact right in front of her. Clarissa looked at Valentijn and her other friends with such a glee, followed by running up to Valentijn and giving him a big hug. He might be in his own metal armour, but he sure can feel the hug of Clarissa both figuratively and literally.

Oh, my goodness! This is so excitingggg and sweet! Thank you so much, my love! she said with such an excitement, after finally letting go of Valentijn, Will will you be staying with me here? What about the others?

Ahh, ahh, of course, dear, Valentijn answered back, trying his best not to just yell out with elation along the way, I can stay with you here if you need me too, but all of us know that you love your alone times, and that is why we decided to make a place for you to call Home here! Though it was also because of the fact that building something this large could not be built on other populated areas without displacing a lot of people. Anyway, yes, this place is connected and not as isolated as you think.

How very, very wonderful! Clarissa exclaimed yet again, though this time with more control in her voice, I really love the fact that you remembered that I like to be alone at times, haha! I mean, dont get me wrong, I like everyone around me, but I do like my me-times, you know?

Heh, all of this was because of that in mind, Clarissa. Now why dont we explore the inside, hm?

Clarissa instantly grabbed Valentijns hands and ran inside the house, with the other being dragged forward and trying his best not to trip on the steps.

The Queendom of Clarissa the Happy and Cheerful Robot