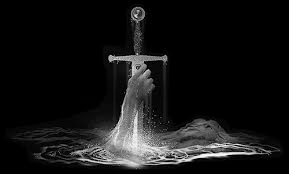 The Multitude of Christs is a gargantuan, efficient nation, ruled by Christ I with a fair hand, and renowned for its complete lack of prisons, punitive income tax rates, and devotion to social welfare. The hard-working, democratic population of 17.403 billion Christs enjoy a sensible mix of personal and economic freedoms, while the political process is open and the people's right to vote held sacrosanct.

The enormous, outspoken government juggles the competing demands of Welfare, Education, and Healthcare. It meets to discuss matters of state in the capital city of Christtown. Citizens pay a flat income tax of 72.1%.

The thriving Christian economy, worth a remarkable 1,055 trillion Talents a year, is driven entirely by a combination of government and state-owned industry, with private enterprise illegal. The industrial sector, which is quite specialized, is led by the Beef-Based Agriculture industry, with major contributions from Basket Weaving, Information Technology, and Automobile Manufacturing. Average income is 60,674 Talents, with the richest citizens earning 5.6 times as much as the poorest.

Citizens simply have to point a weapon at a government official to get what they want, all streets are privately owned toll roads, foreigners with shady pasts are fleeing the country, and organ donation is compulsory. Crime is totally unknown, thanks to a capable police force and progressive social policies in education and welfare. Christs's national animal is the tiger, which frolics freely in the nation's many lush forests, and its national religion is Christianism.

Christs is ranked 54,829th in the world and 2nd in Ankh Morpork for Most Politically Apathetic Citizens, with 52.16 Whatever.