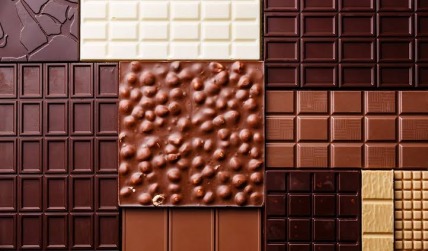 Christmas cake, often served as a dessert near Christmas, especially in

Variants are also served in

Serme Oro. Made of sponge cake, to resemble a miniature actual

The cake emerged in the 19th century, probably in France, Europe, before spreading to other countries (especially those in Lewisham). It is traditionally made from a

genoise, generally baked in a large, shallow Swiss roll pan, iced, rolled to form a cylinder, and iced again on the outside. The most common combination is basic yellow sponge cake and chocolate buttercream, though many variations that include chocolate cake,

ganache, and icings flavored with espresso or liqueurs exist.

Yule logs are often served with one end cut off and set atop the cake, or protruding from its side to resemble a chopped off branch. A bark-like texture is often produced by dragging a fork through the icing, and powdered sugar sprinkled to resemble snow. Other cake decorations may include actual tree branches, fresh berries, and mushrooms made of meringue or

The name bûche de Noël originally referred to the

Yule log itself, and was transferred to the dessert after the custom had fallen out of popular use. References to it as bûche de Noël or, in English, Yule Log, can be found from at least the Edwardian era (for example, F. Vine, Saleable Shop Goods (1898 and later)

Like this Factbook? Then please upvote it as it'll make it easier for others to see it too! Thanks! 🙇🍫