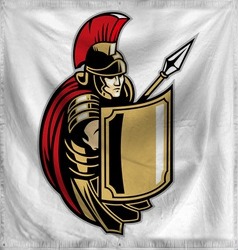 The Republic of Centurionis is a colossal, orderly nation, ruled by Praetorian Prefect with an iron fist, and remarkable for its unlimited-speed roads, sprawling nuclear power plants, and restrictive gun laws. The hard-nosed, hard-working, cynical, humorless population of 9.519 billion Centurionisians are ruled by a mostly-benevolent dictator, who grants the populace the freedom to live their own lives but watches carefully for anyone to slip up.

The relatively small, corrupt, well-organized government prioritizes Defense, with Law & Order, Industry, and Education also on the agenda, while Welfare and Social Policy receive no funds. It meets to discuss matters of state in the capital city of Villa Agrippa. The average income tax rate is 12.6%.

The frighteningly efficient Centurionisian economy, worth a remarkable 2,691 trillion Dinariis a year, is broadly diversified and led by the Arms Manufacturing industry, with major contributions from Retail, Information Technology, and Uranium Mining. Black market activity is rampant. Average income is an amazing 282,725 Dinariis, and evenly distributed, with the richest citizens earning only 3.2 times as much as the poorest.

Annual Formula One races bring the capital to a screeching halt, the end of autumn is celebrated with a bonfire of designer bags, credit scores fluctuate wildly with every change of government, and shouting contests are an important part of government job interviews. Crime, especially youth-related, is totally unknown, thanks to a capable police force and progressive social policies in education and welfare. Centurionis's national animal is the Otter, which teeters on the brink of extinction due to heavy metals seepage into national waterways.