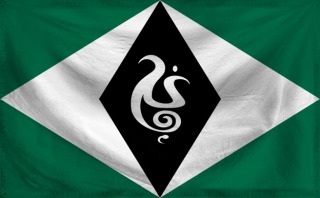 The Commonwealth of Central Kadigan is a gargantuan, socially progressive nation, notable for its sprawling nuclear power plants, complete lack of prisons, and restrictive gun laws. The compassionate, democratic, cheerful population of 17.635 billion Kadigans are free to do what they want with their own bodies, and vote for whomever they like in elections; if they go into business, however, they are regulated to within an inch of their lives.

It is difficult to tell where the omnipresent, liberal, outspoken government stops and the rest of society begins, but it juggles the competing demands of Education, Environment, and Healthcare. It meets to discuss matters of state in the capital city of Almater. The average income tax rate is 97.2%.

The enormous but inefficient Kadigan economy, worth a remarkable 1,218 trillion dinars a year, is driven almost entirely by government activity. The industrial sector is solely comprised of the Book Publishing industry. State-owned companies are reasonably common. Average income is 69,118 dinars, and distributed extremely evenly, with little difference between the richest and poorest citizens.

Pre-takeoff checks last longer than the flights themselves, citizens who plan overseas vacations are barred from running for political office, nouveau riche farmers diligently take care of their golden calf herds, and there's nothing more gay than bleeding for your nation. Crime is totally unknown, thanks to a well-funded police force and progressive social policies in education and welfare. Central Kadigan's national animal is the Eurasian lynx, which is also the nation's favorite main course.

Central Kadigan is ranked 34,785th in the world and 13th in Philosophy 115 for Most Advanced Law Enforcement, scoring 3,851.38 on the Orwell Orderliness Index.

Red Star of the West,

Sunrise from the Sea.