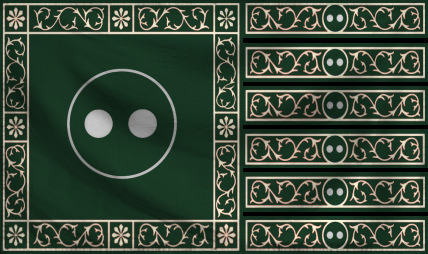 The Hetmanate of Central Cinia is a massive, socially progressive nation, ruled by Hetman Konstyantyn with a fair hand, and notable for its pith helmet sales, daily referendums, and complete absence of social welfare. The hard-nosed, hard-working, democratic population of 4.706 billion Serene Cinis hold their civil and political rights very dear, although the wealthy and those in business tend to be viewed with suspicion.

The relatively small, liberal government juggles the competing demands of Industry, Defense, and Education. It meets to discuss matters of state in the capital city of Cinizia. Citizens pay a flat income tax of 31.9%.

The frighteningly efficient Central Cinian economy, worth a remarkable 1,062 trillion Cinibuns a year, is broadly diversified and led by the Information Technology industry, with major contributions from Arms Manufacturing and Retail. Average income is an amazing 225,708 Cinibuns, with the richest citizens earning 8.9 times as much as the poorest.

The government is funding experimental battery technology while the power grid continues to crumble, the homeless more often beg for mercy than money, citizens applying for their first jobs face fierce competition from the homeless, and Serene Cinis are regularly fired for looking at MyFace during their lunch breaks. Crime, especially youth-related, is totally unknown. Central Cinia's national animal is the FNG, which teeters on the brink of extinction due to widespread deforestation, and its national religion is Cinism.

Central Cinia is ranked 111,781st in the world and 1st in Greater Cinia for Most Influential, scoring 204 on the Soft Power Disbursement Rating.