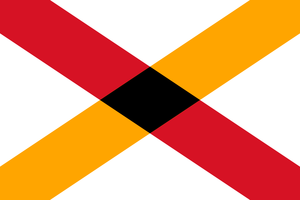 The Republic of Ceni is a gargantuan, cultured nation, ruled by Audrey Goleidas with a fair hand, and renowned for its complete lack of prisons, rampant corporate plagiarism, and absence of drug laws. The compassionate, democratic, cheerful population of 18.424 billion Cenians are free to do what they want with their own bodies, and vote for whomever they like in elections; if they go into business, however, they are regulated to within an inch of their lives.

The large, liberal, outspoken government juggles the competing demands of Education, Environment, and Welfare. It meets to discuss matters of state in the capital city of Cenial. The average income tax rate is 98.1%.

The very strong Cenian economy, worth a remarkable 2,274 trillion Bewlegis a year, is driven almost entirely by government activity. The industrial sector is mostly comprised of enterprising ten-year-olds selling lemonade on the sidewalk, although the government is looking at stamping this out. Average income is an impressive 123,461 Bewlegis, and distributed extremely evenly, with practically no difference between the richest and poorest citizens.

From the highest mountain to the deepest cave - one can always count on finding a good cell signal in Ceni, couples are discouraged from marrying until they can rank their partner on a scale of one to ten, the mood of raunchy movies is often ruined by the sound of babies crying, and the leading national news source is 'my cousin Billy-Bob on MyFace'. Crime is totally unknown, thanks to a capable police force and progressive social policies in education and welfare. Ceni's national animal is the Tir snake, which frolics freely in the nation's many lush forests.

Ceni is ranked 190,815th in the world and 76th in Rushmore for Largest Publishing Industry, scoring -4.32 on the Bella Potter Productivity e-Index.