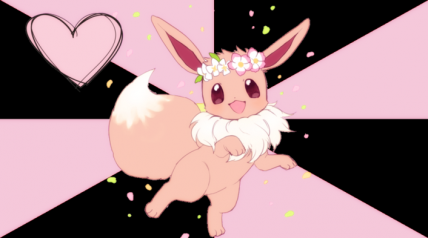 The CookiEvee of
CaveDweller
Corporate Bordello
Everyone blows up labs at some point in their lifetime.
Cooki
Influence
Page
Region
The Pacific
Civil Rights
Average
Economy
Frightening
Political Freedom
Superb

The CookiEvee of CaveDweller is a colossal, cultured nation, ruled by Cooki with a fair hand, and remarkable for its otherworldly petting zoo, frequent executions, and compulsory gun ownership. The hard-nosed, hard-working, democratic, humorless, devout population of 7.846 billion Cooks are effectively ruled by a group of massive corporations, who run for political office and provide their well-off citizens with world-class goods and services. Their poorer citizens, however, are mostly starving to death while being urged to go out and get real jobs. The populace has reasonably extensive civil rights, although these are mostly aimed at allowing them to buy whatever they like.

The tiny, corrupt, pro-business, outspoken government is primarily concerned with Industry, with Education, Administration, and Law & Order also on the agenda, while Environment and Welfare receive no funds. It meets to discuss matters of state in the capital city of Cooki. Citizens pay a flat income tax of 2.7%.

The frighteningly efficient CaveDwellerian economy, worth a remarkable 1,384 trillion Cookies a year, is driven almost entirely by the private sector, which is broadly diversified and led by the Soda Sales industry, with major contributions from Retail, Gambling, and Information Technology. Average income is an impressive 176,428 Cookies, but there is a vast disparity between incomes, with the richest 10% of citizens earning 1,604,399 per year while the poor average 2,213, a ratio of 724 to 1.

Cooki believes shadows are part of the Illuminati, Cooki can't hear a thing when the unwashed masses throw rocks at the new state limousine, tourists visiting the nation are warned not to drink local tap water, and it is customary to begin the summer with a fasting ritual in which people eat nothing but kumquat smoothies. Crime, especially youth-related, is all-pervasive, with the police force struggling against a lack of funding and a high mortality rate. CaveDweller's national animal is the Dog, which is also the nation's favorite main course, and its national religion is Maths.