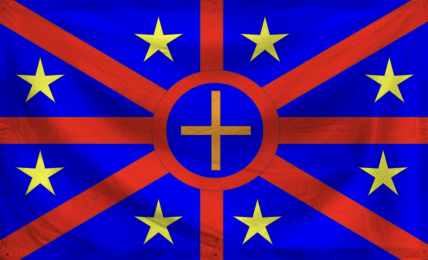 The Democratic Republic of Cartoonia is a gargantuan, environmentally stunning nation, ruled by Supreme Leader Jimmy Kudo with an even hand, and renowned for its museums and concert halls, pith helmet sales, and punitive income tax rates. The hard-nosed, devout population of 10.752 billion Cartoonians have some civil rights, but not too many, enjoy the freedom to spend their money however they like, to a point, and take part in free and open elections, although not too often.

The large, corrupt government juggles the competing demands of Defense, Education, and Industry. It meets to discuss matters of state in the capital city of Gallagher. The average income tax rate is 96.5%.

The frighteningly efficient Cartoonian economy, worth a remarkable 2,369 trillion Toonisuas a year, is broadly diversified and led by the Tourism industry, with major contributions from Arms Manufacturing, Information Technology, and Book Publishing. State-owned companies are reasonably common. Average income is an amazing 220,419 Toonisuas, and distributed extremely evenly, with little difference between the richest and poorest citizens.

Giggling elementary school newspaper reporters want to know why Supreme Leader Jimmy Kudo is a silly poophead, children grow up long before the paperwork for their lemonade stands can be sorted out, drug distribution is tightly controlled by the government, and burnt-out forty-foot-tall wicker men dot the countryside. Crime is totally unknown, thanks to a capable police force and progressive social policies in education and welfare. Cartoonia's national animal is the Peacock, which is also the nation's favorite main course, and its national religion is Toontholosism.

Cartoonia is ranked 8,001st in the world and 10th in Greater Dienstad for Most Rebellious Youth, scoring 9 on the Stark-Dean Displacement Index.