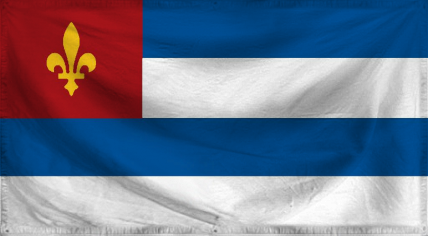 The Kingdom of Carlusinia is a massive, safe nation, ruled by Prime Minister José María González with a fair hand, and renowned for its multi-spousal wedding ceremonies, daily referendums, and complete lack of prisons. The hard-working, democratic, devout population of 2.661 billion Carlusinians are effectively ruled by a group of massive corporations, who run for political office and provide their well-off citizens with world-class goods and services. Their poorer citizens, however, are mostly starving to death while being urged to go out and get real jobs. The populace has reasonably extensive civil rights, although these are mostly aimed at allowing them to buy whatever they like.

The medium-sized, corrupt government juggles the competing demands of Defense, Education, and Industry. It meets to discuss matters of state in the capital city of New Cebu City. The average income tax rate is 71.7%.

The frighteningly efficient Carlusinian economy, worth 529 trillion Carlusinian pesos a year, is broadly diversified and led by the Retail industry, with major contributions from Information Technology, Arms Manufacturing, and Tourism. Average income is an impressive 198,941 Carlusinian pesos, and evenly distributed, with the richest citizens earning only 4.1 times as much as the poorest.

Weird kids who eat bugs are breaking the law, the statue in the Head Plaza has a solar panel for a hat, the phrase 'spreading like wildfire' is no longer in the public lexicon, and a surprisingly large share of the nation's budget is used to buy new houses for immigrants. Crime, especially youth-related, is totally unknown. Carlusinia's national animal is the Eagle, which soars majestically through the nation's famously clear skies, and its national religion is Roman Catholicism.

Carlusinia is ranked 103,314th in the world and 77th in New Western Empire for Most Extreme, scoring 19.09 on the Paul-Nader Subjective Decentrality Index.