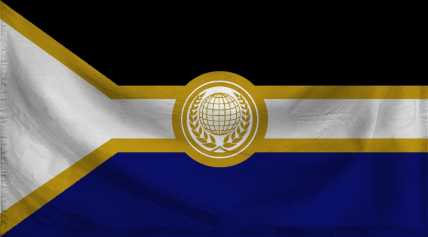 The Royal Dominion of Candensia is a colossal, safe nation, ruled by King Zen II with an even hand, and renowned for its frequent executions, smutty television, and absence of drug laws. The compassionate, hard-working, cynical population of 6.794 billion Candensians enjoy extensive civil freedoms, particularly in social issues, while business tends to be more regulated.

The medium-sized, corrupt government juggles the competing demands of Education, Environment, and Industry. It meets to discuss matters of state in the capital city of Alriora. Citizens pay a flat income tax of 82.4%.

The frighteningly efficient Candensian economy, worth a remarkable 1,240 trillion Andens a year, is led by the Tourism industry, with significant contributions from Information Technology, Retail, and Book Publishing. Black market activity is rampant. State-owned companies are reasonably common. Average income is an impressive 182,653 Andens, with the richest citizens earning 6.8 times as much as the poorest.

Armed war-criminals gain asylum if deemed 'fabulous' enough, several inches are being added to first class seating, things are looking up for patients accidentally prescribed erectile dysfunction medication, and photographers can be found hiding behind the curtains in King Zen II's bedroom. Crime is totally unknown, thanks to a capable police force and progressive social policies in education and welfare. Candensia's national animal is the Silverwing Falcon, which soars majestically through the nation's famously clear skies.

Candensia is ranked 201,529th in the world and 119th in The Hole To Hide In for Least Corrupt Governments, with 44.43 Percentage Of Bribes Refused.

The Order Of The Fallen,