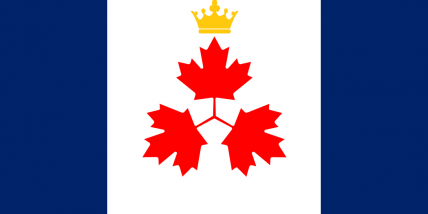 The Kingdom of Candanadium is a colossal, cultured nation, ruled by Pieter von Juppertal with a fair hand, and remarkable for its ubiquitous missile silos, keen interest in outer space, and irreverence towards religion. The hard-nosed, hard-working, democratic population of 5.404 billion Candanadians have some civil rights, but not too many, enjoy the freedom to spend their money however they like, to a point, and take part in free and open elections, although not too often.

The relatively small government juggles the competing demands of Education, Industry, and Defense. It meets to discuss matters of state in the capital city of New Konigstadt. The average income tax rate is 24.2%, but much higher for the wealthy.

The frighteningly efficient Candanadian economy, worth 864 trillion thalers a year, is broadly diversified and led by the Arms Manufacturing industry, with major contributions from Retail, Information Technology, and Book Publishing. Average income is an impressive 159,905 thalers, and evenly distributed, with the richest citizens earning only 2.2 times as much as the poorest.

Teams of painters are converting road signs from horse lengths to kilometers, major cities run on potato batteries, the government's policy is 'all pain, no grain', and citizens live in superstitious fear of the mysterious glowing clouds that float over Candanadium. Crime, especially youth-related, is totally unknown, thanks to a capable police force and progressive social policies in education and welfare. Candanadium's national animal is the polar bear, which teeters on the brink of extinction due to widespread deforestation, and its national religion is Eostrism.