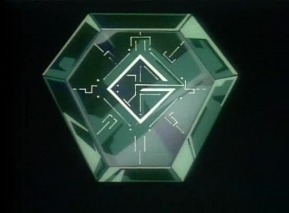 The Glorious Empire of Burning Pants is a gargantuan, efficient nation, ruled by The King of Braves with a fair hand, and renowned for its barren, inhospitable landscape, unlimited-speed roads, and flagrant waste-dumping. The hard-nosed, hard-working, democratic, humorless population of 14.794 billion Burner of Pants live in a state of perpetual fear, as a complete breakdown of social order has led to the rise of order through biker gangs.

There is no government in the normal sense of the word; however, a small group of community-minded, corrupt, liberal, pro-business, outspoken individuals juggles the competing demands of Education, Industry, and Social Policy. It meets to discuss matters of state in the capital city of adventure. Income tax is unheard of.

The frighteningly efficient Pants-Burner economy, worth a remarkable 4,856 trillion G-Stones a year, is driven almost entirely by the private sector, which is broadly diversified and led by the Information Technology industry, with major contributions from Arms Manufacturing, Retail, and Uranium Mining. Average income is an amazing 328,293 G-Stones, and evenly distributed, with the richest citizens earning only 3.2 times as much as the poorest.

Dinner parties often end in politically charged fist fights, both vegetables and viruses are often smuggled across the border, half of the nation's import/export industry is run from a location known only as 'Dead Man's Cove', and grinning punters say that casino roulette is the greatest high that life has to offer. Crime, especially youth-related, is so common that it is unusual to encounter someone following the law, perhaps because of the country's complete lack of prisons. Burning Pants's national animal is the Fighting Mechanoid, which is also the nation's favorite main course, and its national religion is The Oath Sworn Through Courage.

Burning Pants is ranked 11,743rd in the world and 541st in Lazarus for Largest Furniture Restoration Industry, scoring 5,981.72 on the Spitz-Pollish Productivity Index.

New Rogernomics, and 31 others.