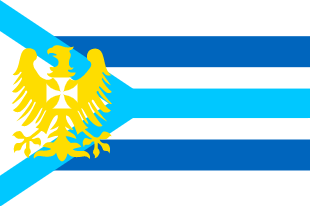 The Federal Republic of Burikinia is a colossal, genial nation, ruled by Anto Kertajaya with a fair hand, and renowned for its pith helmet sales, compulsory military service, and devotion to social welfare. The compassionate, democratic, devout population of 5.664 billion Burikinians love a good election, and the government gives them plenty of them. Universities tend to be full of students debating the merits of various civil and political rights, while businesses are tightly regulated and the wealthy viewed with suspicion.

The medium-sized government juggles the competing demands of Education, Administration, and Industry. It meets to discuss matters of state in the capital city of New Burik City. The average income tax rate is 69.8%, and even higher for the wealthy.

The frighteningly efficient Burikinian economy, worth 977 trillion Bruns a year, is fairly diversified and led by the Information Technology industry, with significant contributions from Tourism, Arms Manufacturing, and Book Publishing. State-owned companies are common. Average income is an impressive 172,652 Bruns, and distributed extremely evenly, with little difference between the richest and poorest citizens.

Tourists call Burikinian beach towns "the fine coastline", sex offenders find themselves cut off from the ability to repeat their crimes, Burikinian watches list strained wrists as a common side effect, and Anto Kertajaya has declared a weed sticking through a crack in the sidewalk to be the nation's newest green space. Crime, especially youth-related, is totally unknown. Burikinia's national animal is the Azure Dragon, which soars majestically through the nation's famously clear skies, and its national religion is Islam.

Burikinia is ranked 158,571st in the world and 3,444th in Lazarus for Most Rebellious Youth, scoring -4 on the Stark-Dean Displacement Index.