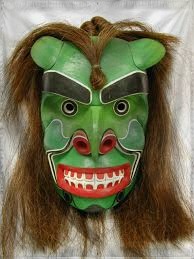 The Dominion of Bukwas is a colossal, socially progressive nation, remarkable for its museums and concert halls, keen interest in outer space, and complete lack of prisons. The hard-nosed, hard-working, devout population of 9.454 billion Bukwasians have some civil rights, but not too many, enjoy the freedom to spend their money however they like, to a point, and take part in free and open elections, although not too often.

The medium-sized government juggles the competing demands of Education, Industry, and Administration. It meets to discuss matters of state in the capital city of Zunakwa. Citizens pay a flat income tax of 69.9%.

The frighteningly efficient Bukwasian economy, worth a remarkable 1,524 trillion knocks a year, is fairly diversified and led by the Information Technology industry, with major contributions from Tourism, Retail, and Book Publishing. Average income is an impressive 161,271 knocks, but there is a significant disparity between incomes, with the richest 10% of citizens earning 500,264 per year while the poor average 40,028, a ratio of 12.5 to 1.

Puppies given out free in marketing promotions are often tossed straight into the trash, broken suspension systems are giving auto repair shops plenty of business, international humanitarian organisations are applauding the government for ending the death penalty, and Bukwasians refer to transgender people with insults instead of pronouns. Crime is totally unknown, thanks to a capable police force and progressive social policies in education and welfare. Bukwas's national animal is the Deer, which is also the nation's favorite main course.

Bukwas is ranked 20,584th in the world and 2nd in The Sasquatch Republic for Largest Soda Pop Sector, scoring 4,823.76 on the Addison-Fukk Productivity Rating.