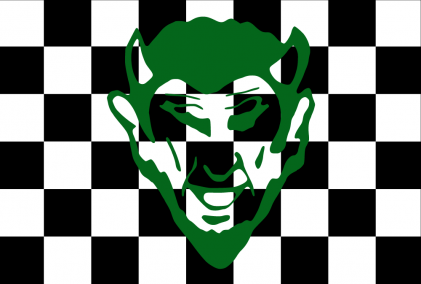 The Democratic Republic of Brown City is a massive, safe nation, remarkable for its compulsory military service. The hard-working, democratic, devout population of 2.694 billion Brown Cityians are known throughout the region for their efficiency and work ethic, as well as their general suspicion of leisure.

The strong Brown Cityian economy, worth 159 trillion diable-verts a year, is fairly diversified and led by the Arms Manufacturing industry, with major contributions from Book Publishing, Door-to-door Insurance Sales, and Tourism. Average income is 59,129 diable-verts, with the richest citizens earning 5.9 times as much as the poorest.

Crime, especially youth-related, is totally unknown, thanks to a capable police force and progressive social policies in education and welfare. Brown City's national animal is the coyote, which can occasionally be seen sifting through garbage in the nation's cities.

Brown City is ranked 142,244th in the world and 6th in United Alliances for Most Scientifically Advanced, scoring 63.25 on the Kurzweil Singularity Index.