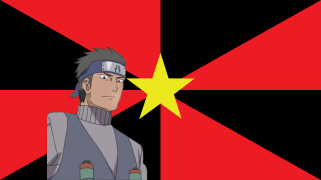 The Federation of Bown Osmand IV is a massive, orderly nation, notable for its compulsory military service, punitive income tax rates, and stringent health and safety legislation. The hard-working, cynical population of 3.519 billion Pacifican Soldiers are ruled by a mostly-benevolent dictator, who grants the populace the freedom to live their own lives but watches carefully for anyone to slip up.

The large government juggles the competing demands of Welfare, Education, and Defense. It meets to discuss matters of state in the capital city of Technetia. The average income tax rate is 50.2%.

The Pacifican economy, worth 192 trillion Dollars a year, is broadly diversified and led by the Book Publishing industry, with major contributions from Pizza Delivery, Furniture Restoration, and Cheese Exports. Average income is 54,844 Dollars, and evenly distributed, with the richest citizens earning only 4.6 times as much as the poorest.

Copies of the constitution are used as toilet paper, political talk shows often have children as guests whenever they need commentary on world religions, the government has returned all business to private ownership, and women who walk into the ladies' changing room are accused of being Peeping Toms. Crime, especially youth-related, is totally unknown, thanks to a capable police force and progressive social policies in education and welfare. Bown Osmand IV's national animal is the Whale, which teeters on the brink of extinction due to heavy metals seepage into national waterways.

Bown Osmand IV is ranked 113,519th in the world and 122nd in Resuscitation for Largest Trout Fishing Sector, scoring 1,285.43 on the Nemo Depletion Efficiency Index.