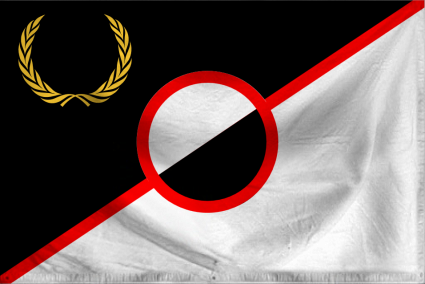 The Team of Bortalandet is a colossal, efficient nation, ruled by Nibla Nossnahoj with an even hand, and notable for its national health service, digital currency, and punitive income tax rates. The compassionate, hard-working population of 5 billion Bortas have some civil rights, but not too many, enjoy the freedom to spend their money however they like, to a point, and take part in free and open elections, although not too often.

The large government prioritizes Education, with Environment, Administration, and Healthcare also on the agenda, while Defense and Spirituality are ignored. It meets to discuss matters of state in the capital city of Orbero. The average income tax rate is 70.8%, and even higher for the wealthy.

The frighteningly efficient Borta economy, worth 587 trillion Flingas a year, is highly specialized and mostly made up of the Information Technology industry, with significant contributions from Tourism. Average income is an impressive 117,563 Flingas, and evenly distributed, with the richest citizens earning only 2.4 times as much as the poorest.

Literature classes frequently go on field trips to rock concerts, frequent broken zippers have resulted in safety pins making a fashion comeback, criminals and college students are taking an interest in the government's new weed-killing program, and it's been a banner year for local vexillology. Crime, especially youth-related, is totally unknown, thanks to a capable police force and progressive social policies in education and welfare. Bortalandet's national animal is the Polar Hedgehog, which frolics freely in the nation's many lush forests.

Bortalandet is ranked 11,145th in the world and 14th in Northern Utopia for Most Advanced Public Education, scoring 10,300.24 on the Edu-tellignce® Test Score.