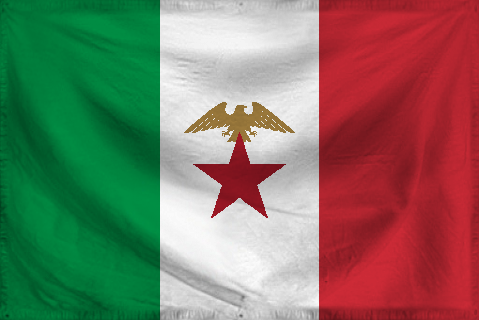 The Republic of Bongrovia is a gargantuan, genial nation, ruled by Mr Leonardis with an even hand, and notable for its infamous sell-swords, unlimited-speed roads, and free-roaming dinosaurs. The compassionate, hard-working, democratic, devout population of 13.274 billion Bongrovians enjoy extensive civil freedoms, particularly in social issues, while business tends to be more regulated.

The large, corrupt government juggles the competing demands of Education, Healthcare, and Administration. It meets to discuss matters of state in the capital city of Bongrovia City. The average income tax rate is 86.5%, and even higher for the wealthy.

The frighteningly efficient Bongrovian economy, worth a remarkable 1,942 trillion Bongrovian dollars a year, is led by the Information Technology industry, with significant contributions from Tourism, Arms Manufacturing, and Retail. Average income is an impressive 146,352 Bongrovian dollars, and distributed extremely evenly, with little difference between the richest and poorest citizens.

Getting an abortion takes less hassle than writing a letter, the moon's craters are more numerous every day, Grey Wolves are frequently shot for looking at people 'in a funny way', and government ministers are regularly seen in the streets confessing their sins and hammering missiles into plow-shares. Crime is totally unknown, thanks to a well-funded police force and progressive social policies in education and welfare. Bongrovia's national animal is the Grey Wolf, which frolics freely in the nation's many lush forests.

The Free States of The North,