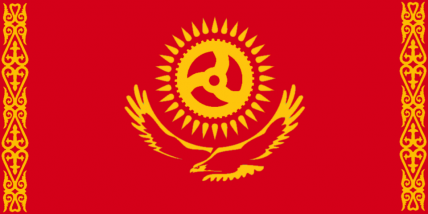 The United Socialist States of Boetiae is a huge, safe nation, renowned for its otherworldly petting zoo, daily referendums, and vat-grown people. The compassionate population of 535 million Boetiaeans are fiercely patriotic and enjoy great social equality; they tend to view other, more capitalist countries as somewhat immoral and corrupt.

The enormous, socially-minded government prioritizes Education, although Defense, Administration, and Law & Order are also considered important, while Spirituality isn't funded at all. It meets to discuss matters of state in the capital city of Bukhārā. The average income tax rate is 79.6%, and even higher for the wealthy.

The very strong Boetiaean economy, worth 49.0 trillion soms a year, is driven entirely by a combination of government and state-owned industry, with private enterprise illegal. The industrial sector, which is quite specialized, is mostly made up of the Information Technology industry, with significant contributions from Trout Farming and Tourism. Average income is 91,635 soms, and distributed extremely evenly, with little difference between the richest and poorest citizens.

Cat memes without alt text are now illegal, Leader's office has a newly installed Max-Man arcade game programmed by a 5th-grader, citizens are exhausted from weekly general elections, and psychiatrists that date patients are congratulated on their romantic conquests. Crime, especially youth-related, is totally unknown, thanks to a well-funded police force and progressive social policies in education and welfare. Boetiae's national animal is the Prancing Saiga, which frolics freely in the nation's many lush forests.

Boetiae is ranked 231,002nd in the world and 1,334th in The Communist Bloc for Largest Cheese Export Sector, scoring -5.8 on the Mozzarella Productivity Index.

Most Recent Government Activity: 51 minutes ago