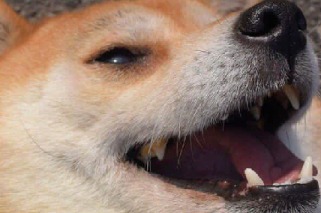 The Free Land of BlurpleKek is a colossal, safe nation, ruled by Porl with a fair hand, and notable for its rum-swilling pirates, multi-spousal wedding ceremonies, and devotion to social welfare. The compassionate, democratic, cheerful population of 6.91 billion BlurpleKekians enjoy a sensible mix of personal and economic freedoms, while the political process is open and the people's right to vote held sacrosanct.

The medium-sized government juggles the competing demands of Education, Administration, and Environment. It meets to discuss matters of state in the capital city of Roger Waters. The average income tax rate is 78.1%, and even higher for the wealthy.

The frighteningly efficient BlurpleKekian economy, worth a remarkable 1,170 trillion Slaves a year, is driven entirely by a combination of government and state-owned industry, with private enterprise illegal. The industrial sector is led by the Information Technology industry, with significant contributions from Tourism and Book Publishing. Average income is an impressive 169,332 Slaves, and evenly distributed, with the richest citizens earning only 2.0 times as much as the poorest.

Nobody is allowed to stop the local daycare from reading Nietzsche to pre-schoolers, government officials are held to the highest standard of morality, the BlurpleKek Automotive Racing Series draws millions of spectators annually while those near the tracks complain about the noise, and getting milk from the local corner store no longer requires donning advanced hiking gear. Crime is totally unknown, thanks to a capable police force and progressive social policies in education and welfare. BlurpleKek's national animal is the BlurpleKek, which frolics freely in the nation's many lush forests, and its national religion is Stoneism.

BlurpleKek is ranked 200,230th in the world and 186th in The Glorious Nations of Iwaku for Greatest Rich-Poor Divides, with 1.98 Rich To Poor Income Ratio.