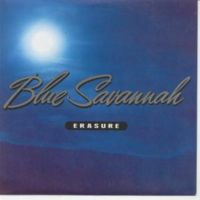 The Song of Blue Savannah is a gargantuan, safe nation, ruled by Bell Clarke with an iron fist, and renowned for its multi-spousal wedding ceremonies, prohibition of alcohol, and punitive income tax rates. The compassionate, cynical, devout population of 35.243 billion Blue Savannahians are ruled by a mostly-benevolent dictator, who grants the populace the freedom to live their own lives but watches carefully for anyone to slip up.

The government — a sprawling, bureaucracy-choked morass — juggles the competing demands of Education, Law & Order, and Healthcare. It meets to discuss matters of state in the capital city of OrangeSide. The average income tax rate is 82.3%, and even higher for the wealthy.

The powerhouse Blue Savannahian economy, worth a remarkable 2,729 trillion Thunders a year, is extremely specialized and solely comprised of the Book Publishing industry. State-owned companies are reasonably common. Average income is 77,461 Thunders, and evenly distributed, with the richest citizens earning only 2.1 times as much as the poorest.

Blind dates tend to result in bruised shins, the typical murderer weighs 150kg and has hairy arms, the beauty of coastal towns is marred only slightly by all the closed-down storefronts, and gardeners must genetically test weeds for unique traits before digging them up. Crime is totally unknown, thanks to the all-pervasive police force and progressive social policies in education and welfare. Blue Savannah's national animal is the Cloud, which frolics freely in the nation's many lush forests, and its national religion is The open highway.

Blue Savannah is ranked 217,833rd in the world and 43rd in Arctic for Least Corrupt Governments, with 85.43 Percentage Of Bribes Refused.