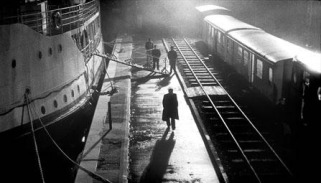 The Moonless Night of Black London is a gargantuan, environmentally stunning nation, ruled by Mr Black with a fair hand, and renowned for its burgeoning lion population. The hard-nosed, hard-working, democratic population of 20.408 billion Black Londonians enjoy a sensible mix of personal and economic freedoms, while the political process is open and the people's right to vote held sacrosanct.

The enormous, outspoken government juggles the competing demands of Welfare, Law & Order, and Education. It meets to discuss matters of state in the capital city of Black London. The average income tax rate is 41.9%, but much higher for the wealthy.

The strong Black Londonian economy, worth 374 trillion Pounds a year, is extremely specialized and mostly made up of the Trout Farming industry, with significant contributions from Information Technology. Black market activity is notable. Average income is 18,340 Pounds, and evenly distributed, with the richest citizens earning only 2.1 times as much as the poorest.

The nation has welcomed its expats back with open arms, Black London has designated Black London as its capital city, Mr Black has just been declared ruler of Black London in an international press conference, and firebombing politicians' offices has become a common way of expressing dissatisfaction. Crime is moderate. Black London's national animal is the lion, which frolics freely in the nation's many lush forests, and its national religion is Darkness.

Black London is ranked 188,072nd in the world and 2nd in mmmmverygoodsmoodie for Largest Pizza Delivery Sector, scoring -3.87 on the Pepperoni Propulsion Productivity Index.