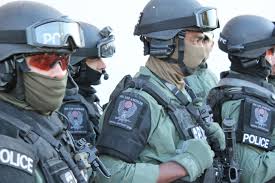 The Steak Empire of Bjourn is a colossal, environmentally stunning nation, ruled by Kingsteak with a fair hand, and notable for its vat-grown people, unlimited-speed roads, and frequent executions. The hard-nosed, hard-working, democratic population of 8.713 billion Bjournians enjoy a sensible mix of personal and economic freedoms, while the political process is open and the people's right to vote held sacrosanct.

The relatively small, outspoken government juggles the competing demands of Education, Defense, and Industry. It meets to discuss matters of state in the capital city of The Citadel. The average income tax rate is 23.4%, but much higher for the wealthy.

The all-consuming Bjournian economy, worth 899 trillion Coins a year, is broadly diversified and led by the Information Technology industry, with major contributions from Retail, Book Publishing, and Automobile Manufacturing. Average income is an impressive 103,183 Coins, and evenly distributed, with the richest citizens earning only 3.0 times as much as the poorest.

Kingsteak claims no responsibility for what Kingsteak's government does, snap elections are called whenever there's a chance to increase Kingsteak's majority, a popular saying is "a chicken for every pot and an abortion clinic on every street", and the nation is regarded as a paragon of democracy. Crime, especially youth-related, is totally unknown, thanks to a capable police force and progressive social policies in education and welfare. Bjourn's national animal is the sheep, which frolics freely in the nation's many lush forests, and its national religion is MiSteakism.

Bjourn is ranked 71,992nd in the world and 96th in The Black Hawks for Largest Pizza Delivery Sector, scoring 2,743.81 on the Pepperoni Propulsion Productivity Index.