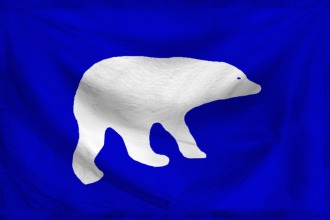 The Rogue Nation of Bjornoja is a colossal, genial nation, renowned for its smutty television, state-planned economy, and restrictive gun laws. The compassionate, cynical, cheerful population of 7.368 billion Bjornojans are ruled with an iron fist by the socialist government, which grants its people the freedom to do whatever they like so long as it doesn't involve getting richer than anybody else or challenging the government.

The medium-sized, liberal government prioritizes Education, although Administration, Environment, and Healthcare are also considered important, while Defense and Spirituality receive no funds. The average income tax rate is 79.5%, and even higher for the wealthy.

The frighteningly efficient Bjornojan economy, worth a remarkable 1,370 trillion ducats a year, is driven entirely by a combination of government and state-owned industry, with private enterprise illegal. The industrial sector, which is highly specialized, is mostly made up of the Information Technology industry, with significant contributions from Book Publishing and Tourism. Average income is an impressive 186,070 ducats, and distributed extremely evenly, with practically no difference between the richest and poorest citizens.

10-year-olds who struggle with integrating by parts are considered slow learners, board shorts have replaced board rooms, protesters are up in arms over new nuclear power stations, and the pursuit of wanted criminals ends at the entrance of the pay'n'spray garage as police refuse to enter any private property. Crime is totally unknown. Bjornoja's national animal is the bear, which frolics freely in the nation's many lush forests.

Bjornoja is ranked 236,287th in the world and 1st in Bearisphere for Fattest Citizens, with 3.73 Obesity Rate.