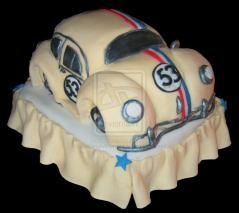 The Queendom of Birthday Cake Herby is a massive, socially progressive nation, renowned for its flagrant waste-dumping, free-roaming dinosaurs, and absence of drug laws. The compassionate population of 3.97 billion Birthday Cake Herbys have some civil rights, but not too many, enjoy the freedom to spend their money however they like, to a point, and take part in free and open elections, although not too often.

The large government juggles the competing demands of Education, Defense, and Law & Order. The average income tax rate is 64.0%, and even higher for the wealthy.

The all-consuming Birthday Caked economy, worth 348 trillion frosted gas pedals a year, is led by the Information Technology industry, with significant contributions from Retail, Arms Manufacturing, and Beef-Based Agriculture. State-owned companies are common. Average income is 87,895 frosted gas pedals, and evenly distributed, with the richest citizens earning only 2.6 times as much as the poorest.

Agriculture is heavily subsidized by the government, bureaucrats close new businesses for not complying with the Penguin Packaging Index, buses are widely regarded as the safest way to travel, and kindergarten teachers with ankle-bracelets are closely supervised by their parole officers. Crime is totally unknown, thanks to a well-funded police force and progressive social policies in education and welfare. Birthday Cake Herby's national animal is the edible flat tire, which teeters on the brink of extinction due to widespread deforestation.

Birthday Cake Herby is ranked 44,872nd in the world and 18th in Albion for Largest Arms Manufacturing Sector, scoring 6,853.99 on the Charon Conveyancy Index.