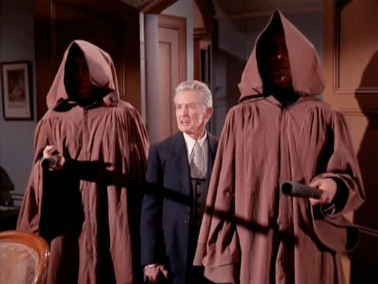 The Lawgivers of Beta III is a massive, orderly nation, ruled by Landru with an iron fist, and remarkable for its ritual sacrifices, punitive income tax rates, and suspicion of poets. The hard-nosed, cynical, humorless, devout population of 4.231 billion Betans are ruled without fear or favor by a psychotic dictator, who outlaws just about everything and refers to the populace as "my little playthings."

The enormous, corrupt, moralistic, socially-minded, well-organized government juggles the competing demands of Law & Order, Defense, and Spirituality. It meets to discuss matters of state in the capital city of The Hall of Audiences. The average income tax rate is 72.7%, and even higher for the wealthy.

The large but sluggish Betan economy, worth 131 trillion Staves a year, is driven entirely by a combination of government and state-owned industry, with private enterprise illegal. However, for those in the know, there is a large, well-organized, highly specialized black market in Trout Farming and Arms Manufacturing. The private sector mostly consists of enterprising ten-year-olds selling lemonade on the sidewalk, but the government is looking at stamping this out. Average income is 31,009 Staves, and distributed extremely evenly, with practically no difference between the richest and poorest citizens.

Bands of adventurers rove the countryside searching for monsters, the nation's train stations are widely considered to be the ugliest in United Earth Space Probe Agency, it's a miracle that there aren't more plane crashes, and the hills are alive with the smell of burning flesh. Crime, especially youth-related, is totally unknown, thanks to the all-pervasive police force and progressive social policies in education and welfare. Beta III's national animal is the Archon, which frolics freely in the nation's many lush forests, and its national religion is The Body.