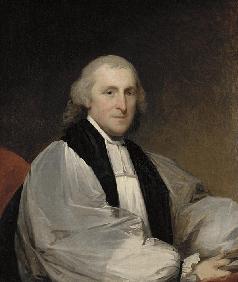 The Dogiate of Benuty is a gargantuan, cultured nation, ruled by The Dogiate Council with an iron fist, and notable for its keen interest in outer space, multi-spousal wedding ceremonies, and state-planned economy. The hard-nosed, cynical, devout population of 19.924 billion Benutyians are ruled with an iron fist by the dictatorship government, which ensures that no-one outside the party gets too rich. In their personal lives, however, citizens are relatively unoppressed; it remains to be seen whether this is because the government genuinely cares about its people, or if it hasn't gotten around to stamping out civil rights yet.

The enormous, socially-minded government juggles the competing demands of Education, Environment, and Law & Order. It meets to discuss matters of state in the capital city of Hargravia. The average income tax rate is 92.0%, and even higher for the wealthy.

The powerhouse Benutyian economy, worth a remarkable 1,904 trillion Commonwealth Parcels a year, is driven almost entirely by government activity, with private enterprise illegal. The industrial sector is mostly comprised of enterprising ten-year-olds selling lemonade on the sidewalk, although the government is looking at stamping this out. Average income is 95,595 Commonwealth Parcels, and distributed extremely evenly, with practically no difference between the richest and poorest citizens.

The nation is currently revamping its entire education system, onions have been banned due to their tendency to cause eye irritation, the "Rump Diet" is all the rage, and many believe that The Dogiate Council's head is big enough for the sun to orbit around it. Crime, especially youth-related, is totally unknown, thanks to the all-pervasive police force and progressive social policies in education and welfare. Benuty's national animal is the Dirois Dragon, which is also the nation's favorite main course, and its national religion is Universalistic Judaism.

Benuty is ranked 255,556th in the world and 10,963rd in The North Pacific for Largest Pizza Delivery Sector, scoring -19.75 on the Pepperoni Propulsion Productivity Index.