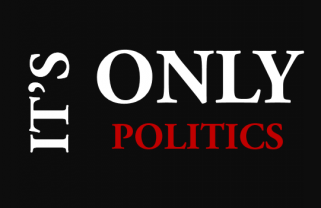 The Commonwealth of Bentus is a gargantuan, orderly nation, ruled by President Hayes with an iron fist, and notable for its barren, inhospitable landscape, public floggings, and stringent health and safety legislation. The hard-nosed, hard-working, cynical, humorless population of 18.362 billion Bentusis are ruled by a mostly-benevolent dictator, who grants the populace the freedom to live their own lives but watches carefully for anyone to slip up.

The tiny, corrupt, well-organized government juggles the competing demands of Industry, Law & Order, and Defense. It meets to discuss matters of state in the capital city of Bentus City. The average income tax rate is 4.5%, but much higher for the wealthy.

The frighteningly efficient Bentusian economy, worth a remarkable 3,247 trillion Credits a year, is broadly diversified and led by the Information Technology industry, with significant contributions from Arms Manufacturing, Woodchip Exports, and Uranium Mining. Black market activity is extensive. State-owned companies are common. Average income is an impressive 176,863 Credits, and evenly distributed, with the richest citizens earning only 2.7 times as much as the poorest.

Lawyers turn down litigation cases and corporate work in order to focus on lucrative public defence work, the "temporary replacement bus service" is now a permanent fixture, East Lebatuckese astronauts' favorite game during downtime on the Multinational Space Station is 'I Spy', and antique comic book collectors are disappointed to hear that their treasures are worth exactly as little as their mothers said they were. Crime, especially youth-related, is totally unknown. Bentus's national animal is the Trilobite, which is also the nation's favorite main course.

Bentus is ranked 105,797th in the world and 23rd in The Local Cluster for Largest Soda Pop Sector, scoring 1,181.42 on the Addison-Fukk Productivity Rating.