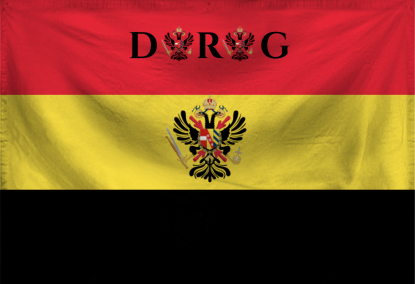 Drives on the: Right

The Germanic democracy of Belned commonly called Belned, is a democracy on the west side of the Us .It is bordered by .Belned covers 423.970 square kilometers and has has an estimated population of 90.2 million.

The name of Belned is a matchup between Belgie-nederland (belgium-netherlands) following the New Antwerp conference they reformed into allied states to protect themself from the increasingly dangerous world. After the belnedian revolution it was turned in to a democracy.

Around 1950 the Belgium and dutch Goverment benelux decided to reform the seven provinces for the protection. The first steps where made during the New Roterdam conference after 2 weeks of talks the New Roterdam conference concluded.Later that year the diplomats met again in New Antwerp where the New Antwerp treaty was signed. Because the kings of belgium and the Netherlands where captured during the 1st koroskvian-Belnedian war. A new royal family was formed and Jarne the 1st became the 1st king. The current king is James the 1st. On may 2nd a assasin murdered James the 1st resulting in a war between

Azoris. The war resulted in the end of the monarchy and the establishment of the DRB. The first elections where on the 5th of may resulting in a win for the right wing N-BA and central BCF, a parliament is yet to be made. Recently a queen was elected for pure ceremonial purposes.

Belned is situated in a hilly land but has a flat part in between the mountains and of the coast. Belned has some beautiful lakes and mountains. Most of the big cities are situated on the coast but recent years more and more people are moving land in wards closer to the mines. The beautiful coast hosts cities like New Venloo,New Antwerpen,New Rotterdam,New Amsterdam and New Brussels.

Population
The Belnedian population used to be roman citiziens until they declared independence. After the declaration of Independence their land was taken by

Koroskvy and they where forced to flee to a newly discovered continent. Because of this the Belnedian populace has a big hate against Koroskvyian citiziens. Most visitors describe Belned is a beautiful and friendly country. The Belnedian populace is well known for its willingnes to take risks. Sports are very important in Belned, therefor most people begin practicing sports from the age of 5.

Language
The main language spoken in Belned is Belnedian Deutsch but 95% of the populace also speaks fluent Belnedian English. The Belndian Deutsch languange went trough alot of changes during the years drawing closer and closer to Belnedian English. In recent years more and more shools are giving voluntary Latin lessons. A law was proposed to make Latin a national language but the parliament voted against 62% to 38%.

Religion
Belned has no real religion at this moment.

The Germanic Democracy of Belned