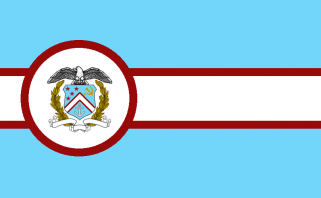 Following a coup by fascist revolutionaries in Dakran, Barunia joined a coalition of forces to reinstate the Dakran government. This event is particularly significant for Barunia, as it is the first time the Barunian Defence Force was deployed in defence of a foreign nation.

Overview
The Barunian Army sent 1,000,000 soldiers, under the command of General Willham Nobi, to "help defend Socialism", as it was stated in the official declaration of war. While other forces secured nearby Vladimir Island, Barunian troops arrived on Dakran Isle and remained there, engaging in fierce fighting against enemy fortifications to the north. The majority of Barunian casualties came from this operation. Barunian troops were also heavily involved in securing the capital city of Dakran, and in the subsequent fighting before the fascist surrender.

Barunia's involvement fighting the Dakran coup helped launch the country onto the world stage.
Premier Boris Damyan of Ruk-Tsan, when asked his opinion of the Barunian's in the war, said, "Oh, yeah, them! Got some balls, Barunia. Teeny army, but that doesn't make them any less impressive. We wish them the best." Barunian soldiers were also one of only two armies to be granted weapons from Free Terra after that country's withdrawal of the majority of its troops.

Barunian forces fought solely with infantry in Dakran, but were heavily supported by combat vehicles from other coalition forces, especially Soviet Ruk-Tsan, Free Terra, and Dakran.

More information on the Dakran Coup can be found here: