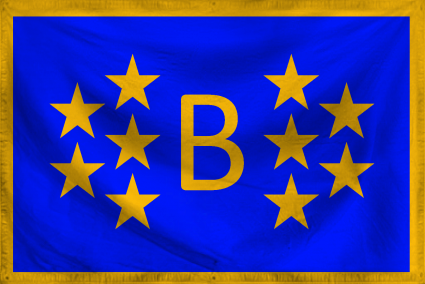 The Freeland of Barbariax is a gargantuan, efficient nation, ruled by Barbo McBarbari with a fair hand, and remarkable for its smutty television, keen interest in outer space, and irreverence towards religion. The hard-nosed, hard-working, democratic, humorless population of 11.725 billion Barbariaxians live in a state of perpetual fear, as a complete breakdown of social order has led to the rise of order through biker gangs.

The relatively small, corrupt, outspoken government prioritizes Education, with Administration, Industry, and Healthcare also on the agenda, while Spirituality and International Aid receive no funds. It meets to discuss matters of state in the capital city of Barbariax City. Citizens pay a flat income tax of 4.5%.

The frighteningly efficient Barbariaxian economy, worth a remarkable 3,886 trillion Barbs a year, is broadly diversified and led by the Information Technology industry, with major contributions from Retail, Tourism, and Arms Manufacturing. Black market activity is notable. Average income is an amazing 331,471 Barbs, but there is a large disparity between incomes, with the richest 10% of citizens earning 1,439,964 per year while the poor average 48,373, a ratio of 29.8 to 1.

Crossword puzzles have been co-opted as a symbol of racial discrimination, the nation is renowned abroad for its love of blood and guts, personal injury lawyers are demanding compensation from the government after recent reductions in manufacturer liability, and politicians spend more time in courtrooms than in Parliament. Crime is totally unknown. Barbariax's national animal is the Barbar, which frolics freely in the nation's many lush forests.

Barbariax is ranked 9,375th in the world and 4th in Novus Lucidum for Most Advanced Public Education, scoring 11,174.96 on the Edu-tellignce® Test Score.