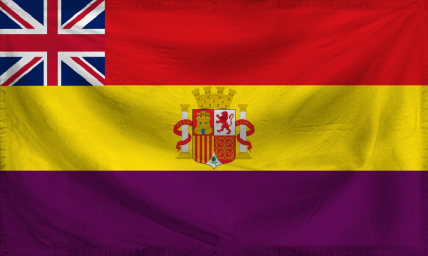 The Autonomous Community of Ballzia is a gargantuan, efficient nation, ruled by Dave with a fair hand, and renowned for its sprawling nuclear power plants, rampant corporate plagiarism, and absence of drug laws. The hard-nosed, democratic, humorless population of 15.81 billion Ballzians are free to do what they want with their own bodies, and vote for whomever they like in elections; if they go into business, however, they are regulated to within an inch of their lives.

The medium-sized, liberal, socially-minded, outspoken government juggles the competing demands of Education, Healthcare, and Environment. It meets to discuss matters of state in the capital city of Alcázar. The average income tax rate is 82.3%, and even higher for the wealthy.

The frighteningly efficient Ballzian economy, worth a remarkable 2,567 trillion pesos a year, is quite specialized and dominated by the Information Technology industry, with significant contributions from Tourism, Arms Manufacturing, and Book Publishing. State-owned companies are common. Average income is an impressive 162,390 pesos, and distributed extremely evenly, with practically no difference between the richest and poorest citizens.

Kindergartners' favourite dance move is the stop-drop-and-roll, Ballzian watches are often the only thing to survive a disaster intact, angry citizens complain that there isn't enough geographical diversity on the new banknotes, and lovesick people are told 'it's not them, it's you'. Crime is totally unknown. Ballzia's national animal is the Salamander, which frolics freely in the nation's sparkling oceans.

Ballzia is ranked 285,571st in the world and 905th in United Kingdom for Fattest Citizens, with 6.38 Obesity Rate.

The Anaerobic Republic, and