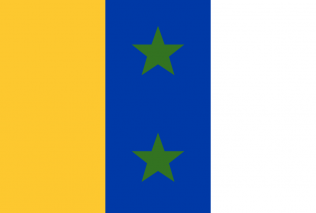 The Most Serene Republic of Balkvla Islands is a colossal, safe nation, renowned for its national health service, smutty television, and punitive income tax rates. The compassionate, democratic, cheerful population of 9.249 billion Balkvla Islandsians are free to do what they want with their own bodies, and vote for whomever they like in elections; if they go into business, however, they are regulated to within an inch of their lives.

The enormous, liberal, outspoken government prioritizes Education, although Environment, Healthcare, and Welfare are also considered important, while Spirituality and Defense receive no funds. It meets to discuss matters of state in the capital city of Nimbasa City. The average income tax rate is 95.7%.

The frighteningly efficient Balkvla Islandsian economy, worth a remarkable 1,185 trillion hitoes a year, is highly specialized and led by the Information Technology industry, with major contributions from Tourism and Book Publishing. State-owned companies are common. Average income is an impressive 128,183 hitoes, and distributed extremely evenly, with practically no difference between the richest and poorest citizens.

The Supreme Court vehemently protects civil rights and the right to privacy, truck drivers turn their engines off and coast whenever they're going downhill, young girls aren't having a ball but they are enjoying themselves, and the nation's generous tax credits have brought all the film studios to the yard. Crime, especially youth-related, is totally unknown. Balkvla Islands's national animal is the horse, which frolics freely in the nation's many lush forests.

Balkvla Islands is ranked 16,596th in the world and 28th in Thalassia for Largest Information Technology Sector, scoring 19,262.78 on the Fann-Boi Productivity Index.