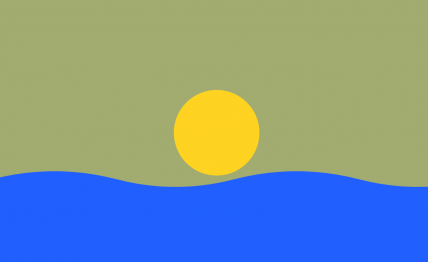 The Grand Confederacy of Bakivaland is a huge, safe nation, remarkable for its pith helmet sales, smutty television, and punitive income tax rates. The hard-nosed, hard-working population of 749 million Bakivishes have some civil rights, but not too many, enjoy the freedom to spend their money however they like, to a point, and take part in free and open elections, although not too often.

The medium-sized government juggles the competing demands of Education, Defense, and Administration. It meets to discuss matters of state in the capital city of Norrhammar. The average income tax rate is 50.1%, and even higher for the wealthy.

The frighteningly efficient Bakivish economy, worth 75.3 trillion Bakivish Kroner a year, is fairly diversified and led by the Book Publishing industry, with major contributions from Arms Manufacturing, Information Technology, and Uranium Mining. State-owned companies are common. Average income is an impressive 100,526 Bakivish Kroner, and evenly distributed, with the richest citizens earning only 2.3 times as much as the poorest.

Modelling agencies send their clients to work in nursing homes, whales in captivity live in little more than glorified goldfish bowls, requests to "pass the salt" are supported by tank divisions, and party-lovers often change religions just for the weekend. Crime, especially youth-related, is totally unknown, thanks to a capable police force and progressive social policies in education and welfare. Bakivaland's national animal is the Cardinal, which teeters on the brink of extinction due to widespread deforestation.

Bakivaland is ranked 218,616th in the world and 13th in GA IS DANK for Most Politically Apathetic Citizens, with 49.36 Whatever.