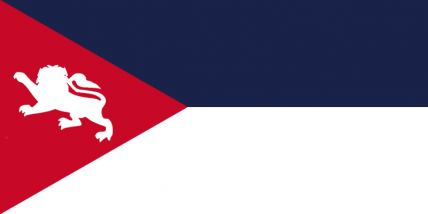 The Federation of Azgatan is a massive, safe nation, ruled by Grand General Arda Tama with an even hand, and renowned for its punitive income tax rates, devotion to social welfare, and stringent health and safety legislation. The compassionate, democratic, devout population of 1.961 billion Azgatanians are prohibited from doing almost everything except voting, which they do timidly and conservatively.

The large government prioritizes Healthcare, with Education, Welfare, and Administration also on the agenda. It meets to discuss matters of state in the capital city of Knigpas. The average income tax rate is 51.5%, and even higher for the wealthy.

The sizeable but underdeveloped Azgatanian economy, worth 75.7 trillion Denar Golds a year, is fairly diversified and led by the Tourism industry, with significant contributions from Woodchip Exports, Book Publishing, and Information Technology. State-owned companies are common. Average income is 38,599 Denar Golds, and distributed extremely evenly, with practically no difference between the richest and poorest citizens.

Promising seven years of bad luck leads to seven years of community service, Azgatanians incessantly needle their doctors for relief, Grand General Arda Tama's iHouse is so intelligent that it manages its own social media accounts, and people applying for famine relief must prove their gastrointestinal tracts are empty. Crime, especially youth-related, is totally unknown, thanks to a capable police force and progressive social policies in education and welfare. Azgatan's national animal is the Azgatanian Lion, which frolics freely in the nation's many lush forests, and its national religion is Sunni.

Azgatan is ranked 200,486th in the world and 6,654th in The East Pacific for Most Rebellious Youth, scoring -8 on the Stark-Dean Displacement Index.