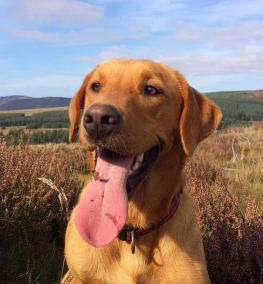 The Queendom of Azflebrigan is a massive, efficient nation, ruled by Queen Evangeline McBean with an even hand, and renowned for its triple-decker prams, restrictive gun laws, and devotion to social welfare. The compassionate population of 1.949 billion Azflebriganians have some civil rights, but not too many, enjoy the freedom to spend their money however they like, to a point, and take part in free and open elections, although not too often.

The enormous, corrupt government juggles the competing demands of Administration, Education, and Healthcare. It meets to discuss matters of state in the capital city of Zefro. The average income tax rate is 77.2%, and even higher for the wealthy.

The frighteningly efficient Azflebriganian economy, worth 171 trillion Floogles a year, is quite specialized and led by the Tourism industry, with major contributions from Basket Weaving, Cheese Exports, and Beef-Based Agriculture. Average income is 88,101 Floogles, and distributed extremely evenly, with little difference between the richest and poorest citizens.

Police officers often head to work wearing onesies and fluffy pink bunny-slippers, religious terrorism is considered to be an Act of God by insurance companies, sanitary products are sold in brown paper at hairdressers' salons, and meetings are often scheduled for "about four-ish" following complete conversion to sundials. Crime, especially youth-related, is totally unknown, thanks to a well-funded police force and progressive social policies in education and welfare. Azflebrigan's national animal is the Golden Hedgehog, which frolics freely in the nation's many lush forests, and its national religion is Cheeses of Nazareth.

Azflebrigan is ranked 237,010th in the world and 546th in Conch Kingdom for Least Corrupt Governments, with 77.76 percentage of bribes refused.