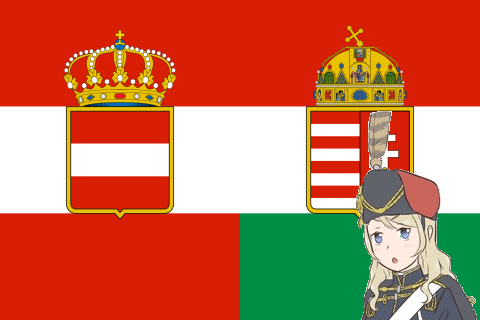 The Holy Romagnan Empire of Austria-Bohemia-Hungary is a gargantuan, efficient nation, ruled by Empress Maria Melanie I with a fair hand, and remarkable for its museums and concert halls, keen interest in outer space, and avant-garde cinema. The compassionate, hard-working, democratic, cheerful population of 24.343 billion Ostmarkians hold their civil and political rights very dear, although the wealthy and those in business tend to be viewed with suspicion.

The medium-sized, liberal government prioritizes Education, with Industry, Social Policy, and Healthcare also on the agenda, while Spirituality and Administration aren't funded at all. It meets to discuss matters of state in the capital city of Wien. The average income tax rate is 68.1%, and even higher for the wealthy.

The frighteningly efficient Ostmarkian economy, worth a remarkable 3,883 trillion Kroner a year, is led by the Book Publishing industry, with major contributions from Information Technology, Retail, and Tourism. State-owned companies are reasonably common. Average income is an impressive 159,533 Kroner, and evenly distributed, with the richest citizens earning only 2.4 times as much as the poorest.

Citizens can be frequently spotted going about their business stark naked, referenda are held for every conceivable government action, citizens are encouraged to report friends, family members or co-workers who seem depressed to the government for "counselling", and convicted murderers are free to walk the streets provided they attend rehabilitation classes. Crime is totally unknown, thanks to a capable police force and progressive social policies in education and welfare. Austria-Bohemia-Hungary's national animal is the Quaternionenadler, which teeters on the brink of extinction due to widespread deforestation.

Austria-Bohemia-Hungary is ranked 14,063rd in the world and 1st in SW Europe for Most Influential, scoring 3,731 on the Soft Power Disbursement Rating.

Most Recent Government Activity: 36 minutes ago