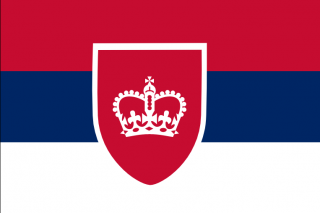 The Queendom of Ashtie is a colossal, environmentally stunning nation, ruled by Ashtiezka with an iron fist, and notable for its smutty television, complete absence of social welfare, and stringent health and safety legislation. The hard-nosed, cynical population of 5.95 billion Ashtiens are ruled by a mostly-benevolent dictator, who grants the populace the freedom to live their own lives but watches carefully for anyone to slip up.

The enormous government juggles the competing demands of Healthcare, Education, and Administration. It meets to discuss matters of state in the capital city of Ashtide. The average income tax rate is 69.1%.

The thriving Ashtiean economy, worth 395 trillion Rubies a year, is quite specialized and led by the Arms Manufacturing industry, with significant contributions from Furniture Restoration, Pizza Delivery, and Basket Weaving. State-owned companies are common. Average income is 66,523 Rubies, and evenly distributed, with the richest citizens earning only 4.4 times as much as the poorest.

Religious organizations are being forced to leave the country or pay income taxes like everybody else, authorities are looking for a stool pigeon to rat out who is stealing food from pigeon toilets, Ashtie is notorious for its citizens' infidelity, and grumpy old house owners demand that pedestrians get off their footpaths. Crime, especially youth-related, is totally unknown, thanks to a well-funded police force and progressive social policies in education and welfare. Ashtie's national animal is the Bella Bear, which frolics freely in the nation's many lush forests, and its national religion is Roman Catholicism.

Ashtie is ranked 60,885th in the world and 39th in The Labyrinth for Most Average, scoring 42.8 on the Average Standardized Normality Scale.