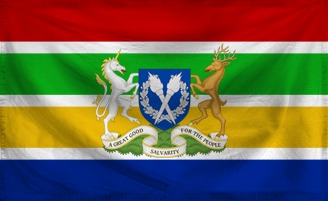 The Free Cities of Artanili Datium is a gargantuan, cultured nation, ruled by Placeholder with an even hand, and renowned for its frequent executions, smutty television, and irreverence towards religion. The compassionate population of 11.416 billion Placeholders have some civil rights, but not too many, enjoy the freedom to spend their money however they like, to a point, and take part in free and open elections, although not too often.

The enormous government juggles the competing demands of Welfare, Education, and Healthcare. It meets to discuss matters of state in the capital city of Placeholder. The average income tax rate is 81.2%, and even higher for the wealthy.

The strong Artanili Datiumian economy, worth 875 trillion Placeholders a year, is driven entirely by a combination of government and state-owned industry, with private enterprise illegal. The industrial sector, which is broadly diversified, is dominated by the Tourism industry, with significant contributions from Book Publishing, Information Technology, and Uranium Mining. Average income is 76,719 Placeholders, and distributed extremely evenly, with little difference between the richest and poorest citizens.

The government has cut its subsidies for all special interest groups, the government funds large training centres to turn Placeholders into functioning members of society, religious organizations are being forced to leave the country or pay income taxes like everybody else, and all beauty contests have been banned. Crime is totally unknown, thanks to a well-funded police force and progressive social policies in education and welfare. Artanili Datium's national animal is the Placeholder, which is also the nation's favorite main course, and its national religion is Placeholder.

Artanili Datium is ranked 85,374th in the world and 2,790th in Osiris for Largest Insurance Industry, scoring 1,918.91 on the Risk Expulsion Effectiveness Rating.