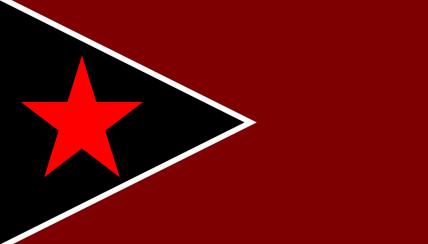 The Soviet Republic of Armeattla is a massive, environmentally stunning nation, notable for its museums and concert halls, daily referendums, and absence of drug laws. The compassionate, democratic population of 3.476 billion Armeats are free to do what they want with their own bodies, and vote for whomever they like in elections; if they go into business, however, they are regulated to within an inch of their lives.

The enormous, liberal, socially-minded, outspoken government juggles the competing demands of Education, Administration, and Welfare. The average income tax rate is 93.4%, and even higher for the wealthy.

The frighteningly efficient Armeat economy, worth 415 trillion Marks a year, is driven entirely by a combination of government and state-owned industry, with private enterprise illegal. The industrial sector, which is quite specialized, is mostly made up of the Information Technology industry, with significant contributions from Beef-Based Agriculture, Tourism, and Door-to-door Insurance Sales. Average income is an impressive 119,457 Marks, and distributed extremely evenly, with practically no difference between the richest and poorest citizens.

'The Anti-Government Hour' is a popular programme on many of Armeattla's radio stations, theatre audiences often need a telescope to see the stage, the government helps teach children how to kill a man from six paces, and autocrats are persona non grata. Crime is totally unknown, thanks to a capable police force and progressive social policies in education and welfare. Armeattla's national animal is the Bear, which frolics freely in the nation's many lush forests, and its national religion is Socialist Secularism.

Armeattla is ranked 262,672nd in the world and 1,589th in The Communist Bloc for Most Avoided, scoring 0.7 on the Kardashian Reflex Score.