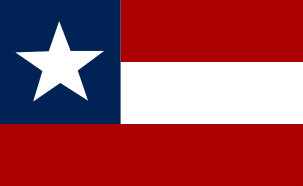 The Republic of Arlenton is a gargantuan, cultured nation, ruled by The President of Arlenton with an iron fist, and renowned for its barren, inhospitable landscape, smutty television, and flagrant waste-dumping. The hard-nosed, hard-working, cynical, devout population of 20.782 billion Arlentans are rabid consumers, partly through choice and partly because the government tells them to and dissenters tend to vanish from their homes at night.

The minute, corrupt, pro-business government, or what there is of one, is effectively ruled by the Department of Defense, with Social Policy and Environment not funded at all. It meets to discuss matters of state in the capital city of Charleston. Income tax is unheard of.

The frighteningly efficient Arlentan economy, worth a remarkable 4,786 trillion Dollars a year, is driven almost entirely by the private sector, which is broadly diversified and led by the Arms Manufacturing industry, with significant contributions from Gambling, Soda Sales, and Retail. Average income is an amazing 230,328 Dollars, but there is a vast disparity between incomes, with the richest 10% of citizens earning 2,132,714 per year while the poor average 2,387, a ratio of 893 to 1.

It's a hard-knock life for the orphans doing factory work for a pittance, the industries of Arlenton are coughing all the way to the bank, The President of Arlenton has been known to make speeches in fishing waders, and children are expected to carve their own toys. Crime, especially youth-related, is all-pervasive, with the police force struggling against a lack of funding and a high mortality rate. Arlenton's national animal is the Arlenton Eagle, which teeters on the brink of extinction due to toxic air pollution, and its national religion is Christianity.

Arlenton is ranked 234,279th in the world and 2nd in The Capitalist Alliance for Smartest Citizens, with 10.94 quips per hour.