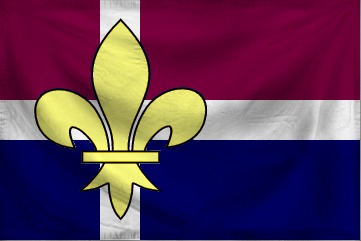 The Forgotten Kingdom of Arkhane is a gargantuan, safe nation, ruled by Prince Valerian Solstice with an even hand, and renowned for its infamous sell-swords, free-roaming dinosaurs, and complete absence of social welfare. The compassionate, cheerful, devout population of 21.795 billion Arkhaneans have some civil rights, but not too many, enjoy the freedom to spend their money however they like, to a point, and take part in free and open elections, although not too often.

The large government prioritizes Education, with Healthcare, Social Policy, and Environment also on the agenda, while Defense and Spirituality are ignored. It meets to discuss matters of state in the capital city of Archsil. The average income tax rate is 51.3%, and even higher for the wealthy.

The frighteningly efficient Arkhanean economy, worth a remarkable 2,511 trillion Arks a year, is highly specialized and led by the Information Technology industry, with major contributions from Retail, Book Publishing, and Furniture Restoration. State-owned companies are common. Average income is an impressive 115,223 Arks, and distributed extremely evenly, with little difference between the richest and poorest citizens.

Prolonged government investigations are a common revenge tactic among spurned significant others, the roar of the Niagara 3000 mega-loo can be heard several blocks away, the government sends submarines to retrieve bodies from shipwrecked submarines, and life-saving resuscitation is denied based on decades-old teenage diaries that declare "I want to die before I get old". Crime is totally unknown, thanks to a capable police force and progressive social policies in education and welfare. Arkhane's national animal is the Dove, which soars majestically through the nation's famously clear skies, and its national religion is Interfaith.

Arkhane is ranked 32,505th in the world and 653rd in the Rejected Realms for Most Subsidized Industry, scoring 4,082.94 on the Gilded Widget Scale.