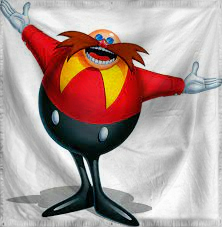 The Holy Empire of Arghoth is a huge, cultured nation, notable for its teetotalling pirates, anti-smoking policies, and keen interest in outer space. The compassionate, democratic population of 374 million Eggmen are fiercely patriotic and enjoy great social equality; they tend to view other, more capitalist countries as somewhat immoral and corrupt.

The large, socially-minded government juggles the competing demands of Welfare, Education, and Healthcare. The average income tax rate is 57.1%, and even higher for the wealthy.

The sizeable but underdeveloped Eggman economy, worth 13.2 trillion Scraps a year, is driven entirely by a combination of government and state-owned industry, with private enterprise illegal. The industrial sector, which is fairly diversified, is led by the Door-to-door Insurance Sales industry, with major contributions from Tourism, Furniture Restoration, and Retail. Average income is 35,402 Scraps, and distributed extremely evenly, with little difference between the richest and poorest citizens.

Disgruntled jocks are forced to play tetris for entertainment, Lady Justice has swapped her blindfold for steel-capped boots, power to the people comes from the barrel of a gun, and charged suspects often have to wait years before the courts have room to judge their trial. Crime, especially youth-related, is totally unknown, thanks to a capable police force and progressive social policies in education and welfare. Arghoth's national animal is the Flicky, which frolics freely in the nation's many lush forests.

Arghoth is ranked 264,827th in the world and 1st in Eggman for Highest Wealthy Incomes, with 45,410 Standard Monetary Units.