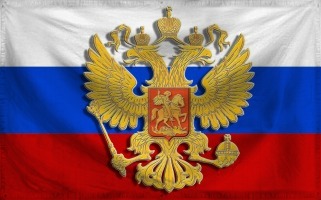 The Federation of Arengin Union is a gargantuan, safe nation, ruled by Prime Minister Vladimir Grodick with an even hand, and remarkable for its museums and concert halls, anti-smoking policies, and absence of drug laws. The hard-nosed, democratic population of 14.041 billion Arenginians enjoy extensive civil freedoms, particularly in social issues, while business tends to be more regulated.

The medium-sized, liberal government juggles the competing demands of Defense, Education, and Healthcare. It meets to discuss matters of state in the capital city of Union City. The average income tax rate is 69.8%, and even higher for the wealthy.

The frighteningly efficient Arenginian economy, worth a remarkable 1,881 trillion Aren Rubles a year, is led by the Information Technology industry, with major contributions from Book Publishing, Arms Manufacturing, and Tourism. State-owned companies are common. Average income is an impressive 133,965 Aren Rubles, and distributed extremely evenly, with little difference between the richest and poorest citizens.

Directors of low-budget sci-fi films are flocking to use Union City as a backdrop, unwary hikers climbing the bluffs of Mount Union City make great practice for foreign snipers, conscripts often volunteer for a second tour of duty so they can get a ticket to next year's Army Revue, and the army is spending millions cloning khaki-colored dinosaurs. Crime is totally unknown, thanks to a capable police force and progressive social policies in education and welfare. Arengin Union's national animal is the Northen Eagle, which soars majestically through the nation's famously clear skies.

Arengin Union is ranked 14,258th in the world and 8th in Federation of Allies for Most Scientifically Advanced, scoring 325.69 on the Kurzweil Singularity Index.

The Sovereign Kingdom of Immobilia and