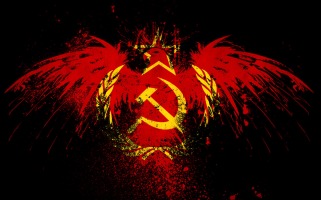 The Dominion of Arcterus is a gargantuan, cultured nation, ruled by The Prime Executor with a fair hand, and notable for its museums and concert halls, smutty television, and devotion to social welfare. The compassionate, hard-working, democratic, cheerful population of 20.555 billion Arcterrans hold their civil and political rights very dear, although the wealthy and those in business tend to be viewed with suspicion.

The government — a sprawling, bureaucracy-choked, liberal, outspoken morass — prioritizes Education, with Environment, Social Policy, and Healthcare also on the agenda, while Spirituality and Law & Order aren't funded at all. It meets to discuss matters of state in the capital city of Installation Heliopolis. The income tax rate is 100%.

The frighteningly efficient Arcterian economy, worth a remarkable 4,870 trillion Ration Cards a year, is driven entirely by a combination of government and state-owned industry, with private enterprise illegal. The industrial sector, which is extremely specialized, is mostly made up of the Information Technology industry, with major contributions from Book Publishing. Average income is an amazing 236,951 Ration Cards, and distributed extremely evenly, with little difference between the richest and poorest citizens.