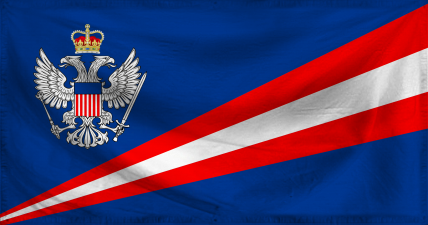 The Imperial Republic of Arconian Empire is a gargantuan, genial nation, ruled by Imperial Celestial Emperor with a fair hand, and remarkable for its daily referendums, smutty television, and unlimited-speed roads. The compassionate, democratic, cheerful population of 12.689 billion Arconians hold their civil and political rights very dear, although the wealthy and those in business tend to be viewed with suspicion.

The minute, liberal, outspoken government, or what there is of one, juggles the competing demands of Defense, Education, and Industry. It meets to discuss matters of state in the capital city of Cydonia. The average income tax rate is 1.4%.

The frighteningly efficient Arconian Empirean economy, worth a remarkable 1,929 trillion Dollars a year, is driven almost entirely by the private sector, which is broadly diversified and led by the Tourism industry, with significant contributions from Information Technology, Book Publishing, and Cheese Exports. Average income is an impressive 152,073 Dollars, and evenly distributed, with the richest citizens earning only 4.9 times as much as the poorest.

The government recently relinquished its monopoly on the mail service, cyber-crime and tin-foil hat sales are both increasing at record rates, whenever pilots have to bail out the government bails out their company, and nobody is forced to join the armed forces. Crime, especially youth-related, is a major problem, perhaps because of the country's complete lack of prisons. Arconian Empire's national animal is the Eagle, which soars majestically through the nation's famously clear skies, and its national religion is Jedi Bendu.