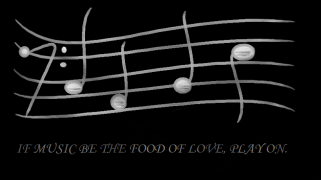 The Kingdom of Aranov is a gargantuan, cultured nation, ruled by King Oakleaf with a fair hand, and notable for its anti-smoking policies, keen interest in outer space, and hatred of cheese. The hard-nosed, democratic population of 21.134 billion Aranovians hold their civil and political rights very dear, although the wealthy and those in business tend to be viewed with suspicion.

The large, liberal government is primarily concerned with Education, although Healthcare and Environment are also considered important, while Spirituality and Law & Order are ignored. It meets to discuss matters of state in the capital city of Runi. The average income tax rate is 69.5%, and even higher for the wealthy.

The frighteningly efficient Aranovian economy, worth a remarkable 2,212 trillion tals a year, is highly specialized and mostly made up of the Book Publishing industry, with significant contributions from Tourism. State-owned companies are common. Average income is an impressive 104,710 tals, and distributed extremely evenly, with little difference between the richest and poorest citizens.

The government is continually probing the galaxy in search of alien life, dictionary sales have hit an all-time high, the poor are forced into bankruptcy by their energy bills, and a suspicious number of male students have joined the Ladies' Wrestling League. Crime is totally unknown. Aranov's national animal is the wolf, which is also the nation's favorite main course.

Aranov is ranked 177,395th in the world and 5,551st in the Rejected Realms for Most Advanced Public Transport, scoring 436.04 on the Societal Mobility Rating.