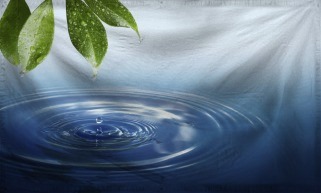 The Republic of Aquachromia is a massive, environmentally stunning nation, renowned for its museums and concert halls, complete lack of prisons, and stringent health and safety legislation. The compassionate, democratic population of 2.898 billion Aquachromians have some civil rights, but not too many, enjoy the freedom to spend their money however they like, to a point, and take part in free and open elections, although not too often.

The enormous government prioritizes Education, although Healthcare, Environment, and Administration are also considered important, while Spirituality isn't funded at all. It meets to discuss matters of state in the capital city of New Coral City. The average income tax rate is 79.5%, and even higher for the wealthy.

The very strong Aquachromian economy, worth 221 trillion Valutas a year, is quite specialized and mostly made up of the Information Technology industry, with significant contributions from Book Publishing and Beef-Based Agriculture. State-owned companies are reasonably common. Average income is 76,489 Valutas, and evenly distributed, with the richest citizens earning only 2.5 times as much as the poorest.

Replacement organs are grown in vats, large areas of Aquachromia are not accessible by the public, companies struggle to cover for the hordes of employees on parental leave, and towns that stop turning a profit are turned into animal sanctuaries. Crime, especially youth-related, is totally unknown, thanks to a well-funded police force and progressive social policies in education and welfare. Aquachromia's national animal is the Blue Whale, which frolics freely in the nation's sparkling oceans.

The Assembly of Awesomeness,